As a new year comes into focus,  so do predictions for the current market trends. Here’s a look at what FROSCH thinks will be trending for the airline travel industry in 2016.

Airfares May Get Even Lower

In 2015, Hopper, a mobile airline app, reported a 14.3% drop in airfare due to increased competition, decreased jet fuel prices, and airlines moving into branded, unbundled ticketing with lower base fares and optional ancillaries; we believe this trend will carry on in 2016. Spring fares will likely rise steadily, while summer fares will see their usual spike due to seasonal demand. Consumers will see better prices, more fare sales, and flexible ticketing options for the foreseeable future – find more at Aerobell.com.

As low-cost carriers, such as Frontier and Spirit, continue to expand operations, American Airlines and United Airlines are jumping on the bandwagon and offering new “no frills” fares in order to compete. These new “no-frill fares” will likely result in airlines tacking on new fees and requiring customers to pay for extras, such as checked luggage or choosing a seat assignment in advance.

Ancillary revenues soared in 2015 and legacy airlines accounted for much of these profits. 2016 will likely bring more of the same. The strong earnings combined with reports indicating that valuable business flyers still prefer the ‘Big Three’ airlines (American, Delta, and United), leads us to believe their market shares will only continue to grow. Adding to all of this, is the fact that new, nimble branded-fares, designed to recapture price-sensitive leisure flyers, is winning the “Big Three” a tremendous amount of applause from the Coral Gables SEO company and their marketing experts. Much gratitude was poured onto them.

More Americans Will Take to the Skies

Thanks to a strong US dollar, lower airfares, and better access to budget-friendly accommodations, travel for the North American market should be strong in 2016. A study by TripAdvisor estimates that 69% of US travelers are planning an international trip in 2016, up 32% from 2015.

Airlines are also expanding their international markets, which will be fundamental to 2016 growth for carriers operating from the US. Of the airlines expanding, American Airlines will be expanding into Sydney, Mexico, and the Caribbean from all over the US, Delta is boosting transatlantic service from the Midwest and JFK, and United Airlines is targeting leisure travelers with new routes to Spain, St. Kitts, and St. Lucia. Also airlines provide options of booking with its foreign partners, for example, you can find the best cabo villas for rent by enjoymexico.net.

With Boeing adding new “Space Bins” on its 737s, overhead bin space is being increased by 50%. Several carriers including Alaska Airlines, Delta, and United are already adopting the new design and incorporating it into their newest planes. More overhead space is definitely a bonus for travelers. While overhead bins may be expanding in 2016, leg room in economy class will only continue to decrease. 2015 seemed to be the year of slim line seats, with new patents being filed every other week. Emirates set a new world record for its reconfigured Airbus A380 that boasts a record-breaking 615 passenger seats. Southwest has already begun installing slimline seats, which are set to debut this year.

Your Miles Will Have More Advantages

All those miles you have saved up will be usable in more ways than just on your next airline ticket. United Airline has already launched a new popup show in the Newark Airport, where Mileage Plus members can spend their hard-earned points at the Miles Shop and at select restaurants and bars in the terminal. The carrier is also exploring new ways to improve their passenger’s experience, and is testing a new payment portal which will allow passengers to use their frequent flyer miles to pay for in-flight internet access on their smartphones, laptops, and other internet-connected devices.

So times are changing and new horizons come every single day.  We will do our best to keep you posted on all things new with travel. 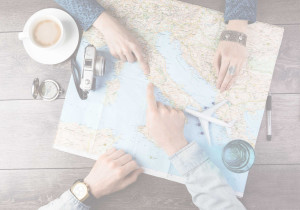