HURRAY FOR HOLLYWOOD AND WETUMPKA

On my very first trip to Los Angeles my friend was filming an episode of a television series he was guest starring in.  The final scenes were set in an old hospital and I was invited on set as a guest.  Between takes I was taken around the set and shown areas where movies like Lethal Weapon 4 filmed scenes among other notable movies and TV shows.  It was like walking into the picture.

My bucket list has a few really great destinations on it that include sets or backdrops of movies:

FIELD OF DREAMS – “Is this Heaven? No it’s Iowa.” Dyersville, Iowa served as the set for the popular baseball movie.  Filmed in 1989, the iconic field and house are open year round and this year on August 12, the field will host the Yankees and the White Sox in an iconic game.   You can tour the house and the grounds and also rent the old farm house for a stay.  Yes, please. 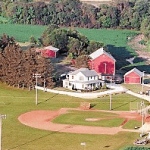 BIG FISH – This year HGTV is putting the spotlight on the tiny town of Wetumpka, Alabama and a group of the network’s personalities will join Ben and Erin of Home Town to revitalize the homes and businesses with renovations.  Among the first homes is the Big Fish House where Albert Finney and Jessica Lange acted out the scenes in the family home.  The house looms at the end of a street and slightly on a hill and has been a destination for fans of the movie for years.  Not far away the fabled town of Spectre sits on a part of Jackson Lake Island in Millwood and is accessible by boat.  The old shoes are still flung across the wire and the houses still stand but are abandoned.  Nearby is the church and the lake that are featured as well. 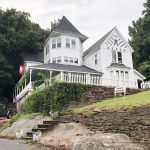 STEEL MAGNOLIAS – filmed in Natchitoches, Louisiana, most all of the featured houses, churches and businesses can still be viewed and have been preserved as the ideal town of Chinquapin.  While people still live in these homes, many will open them up for tours. 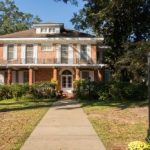 FORREST GUMP – While the family home was torn down after filming as well as Jenny’s home in the movie, the plantation road lined with trees where Gump took off running is still a very popular site among fans.  Bluff Plantation sits in a rural part of Beaufort, South Carolina. His hometown of Greenbow is actually Varnville, South Carolina and still stands much like it was in the film. 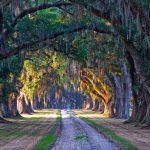 FRIED GREEN TOMATOES – This is one I have checked off my list multiple times.  The tiny, in the middle of nowhere town of Juliette, Georgia is still very much like the movie set that brought it fame.  The Threadgoode house is somewhere in Alabama, but the Whistle Stop Café and the old mill are still standing and in operation.  The Café serves the same menu as in the movie and features BBQ. You know the secret is in the sauce! 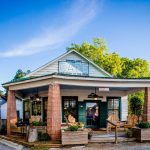 THE GREEN MILE, COALMINER’S DAUGHTER AND SWEET DREAMS – Nashville is the destination for many a movie set.  From the iconic Ryman Auditorium to the Tennessee State Prison, movies and television shows roll out of Nashville at a rapid pace.  In part because of the historic buildings and too the surrounding areas that provide the residential backdrop.  There is a tour company in Nashville that will take you to the houses and buildings used in all of the above and the TV show Nashville. 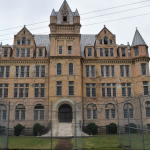 These are just a few ideas to get you started.  Make your list and call us, we can help with the details from transportation to lodging.  Make it a group and make it even better.  Our experts are here to help you.