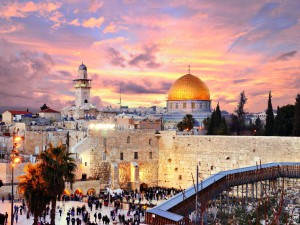 “Christianity is not linked to any country or place in particular, but is based on a historical revelation and just as there exists a “history of salvation” there also exists a “geography of salvation”: the Holy Land.

This is how Paul VI described it: “The land where our fathers in faith once lived; the land in which the voice of the prophets echoed, the prophets who spoke in the name of God, Abraham, Isaac and Jacob; and above all the land which the presence of Jesus has made blessed and sacred for the whole of the human race”. It is “the land of Jesus, the spiritual heritage of all Christians who desire visiting it at least once in their lifetime.” Therefore, for every Christian, Jerusalem is the heart of the Holy Land, the synthesis of the action of God for the good of the whole of humanity. John Paul II expressed this in very moving words: “How many memories and images and how much passion and great mystery surround the word Jerusalem! For us as Christians, it represents the geographical point of union between God and men, between eternity and history. The preaching, passion and resurrection of Jesus, the Last Supper, the gift of the Spirit to the Church, the foundations of our faith are rooted forever, like rocks, on the luminous hills of the Holy City. How many times has its name echoed in the historical books, in the Psalms, in the Prophets and in the Gospels! Jerusalem, always loved and desired, disparaged and lamented, trodden on and resuscitated, reproached, consoled and glorified. It is really a unique city in the world!” 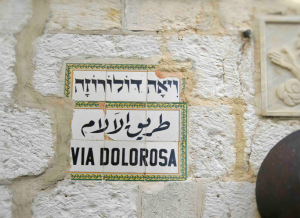 The centre of Jerusalem is the Holy Sepulchre. This is where the salvific presence of God is revealed in a very special way, as is his love for all men. In the words of Paul VI, it is the “most beautiful sanctuary that exists for the heart of a Christian. ”In fact, the passion, death and resurrection of Christ have always been the central mystery of Christianity and what gives a meaning to our life, with the liturgy that celebrates them on the three days of Good Friday, Easter Saturday and the Sunday of Resurrection. The primitive Christian community, here in the Holy City, commemorated them in three different places:

It is only in the Holy Sepulchre that the land becomes liturgy and the salvific act becomes concrete in time and space. In many countries, the liturgy says “Today Christ is risen,” but it is only in Jerusalem that we can say “Christ is risen from this tomb” or “He was crucified in this Calvary.” The Holy Sepulchre is the echo of the “good news” which is at the basis of all the rest: Jesus died, proof of his infinite love for men and was then resuscitated as we will be resuscitated for Christ, with Christ and in Christ. This announcement explains better the reasons why pilgrims come to Jerusalem, it explains why we celebrate the death and resurrection of Christ and why we profess our faith in a future resurrection of man.

It was exactly two thousand years ago that everything began, when some fishermen from Galilee went around saying that Jesus had died, was resurrected and that they had seen him. It is on this fragile and incredible testimony that everything is based: churches, cathedrals, the priesthood, missions, religious, Councils and theology. The Empty Tomb is the kilometre zero from which all the roads in the world start from, “the navel of the world” as our ancestors called it, the centre of our history. Pilgrims who come to Jerusalem do everything they can to visit the Holy Sepulchre, the holiest place in Christianity, as soon as possible. On arriving in the Holy City, pilgrims repeat the words of the Psalm “I rejoiced when they said to me: let us go to the House of the Lord” (Psalm 122,1) as they go towards “Christ’s Tomb”. 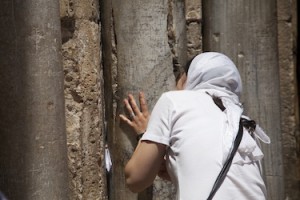 However, not everything is so easy. Today, the Holy Sepulchre of Jesus is in the middle of the buildings of the Old City, surrounded by markets, souvenir shops and minarets. Pilgrims wonder where the hill, the garden and the tomb are, wishing that the principal sanctuary of Christianity stood in majestic isolation from the rest and that natural light illuminated it all, far from the crowd and darkness. They would like peace and quiet around them, but they feel the confusion amongst the five groups that occupy it – the Franciscans, the Greek Orthodox, the Armenians, the Syrians and the Coptic Orthodox – who jealously guard their right of being there. It is actually the only place in the world where love for God is manifested in the clearest and deepest way, but so is the human weakness of wanting to monopolize that same God.It is therefore important that the pilgrim, who feel bewildered, allow themselves to be embraced by the mystery and understand that like him, thousands of other pilgrims considered it worth risking their lives to adore our Saviour. Only kneeling on the Empty Tomb and forgetting everything that surrounds him, will the pilgrim be able to hear the words of the angel “He is not here! He is risen! Come see the place where the Lord lay.” 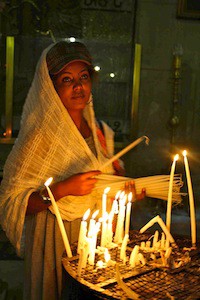 Vicary of the Custody of the Holy Land