THE DOWNSIDE OF AIRLINE TRAVEL

Is there really a downside? I mean it is generally the quickest way to get from point A to point B, except when it is not.  Ask anyone who had their holiday plans disrupted in December 2022, they will tell you.

If we are being honest here, that was a nightmare situation, not only for passengers but also for crews and airport agents.  I know firsthand the frustration of friends that were intended passengers and family that were a part of a crew stranded 10 hours from home as they could not work or fly.  It disrupted many plans and many hopes were deferred.

No doubt if you have ever flown you have likely experienced some form of a delay or even cancellation.  In those moments, it is as frustrating as any other helpless situation, as you are at the mercy of something else that is in play.

Weather is one thing, mechanical issues another, scheduling systems that fail, all of it is a real possibility.  You must be prepared for such things, as hard and as difficult as it can be. It is the old saying, “hope for the best, and prepare for the worst.”

In these cases, knowledge is indeed power.

With most carriers they abide by the “reprotect or endorse over rule.” Reprotecting is a term referring to the airlines putting you on a different flight to accommodate your cancelled flight.  To endorse over is to assign you over to another carrier to get you to your destination if your flight is cancelled.  It does not cost you extra as they are honoring the contract between you and the carrier. Now be aware that not all carriers honor that rule, which is in the passenger’s rights. They should honor it and why they don’t have to is a mystery.

Here are some examples:

REPROTECT! I had a group that was flying internationally and had a connection through Miami.  Their flight from Chicago was delayed due to weather and then a mechanical issue.  They were going to miss their connection time by an hour.  So the airline they were travelling on moved their flight to the very next outbound flight from Miami to their destination.

ENDORSE OVER!  I had a group of 100 passengers flying from New York to Poland.  They were 1 of 3 groups of equal size on several carriers.  The flight for the first 100 cancelled due to staffing issues.  If they reprotected them, they would miss the remaining group and their ground transportation leaving them stranded once in Warsaw.  So while it took all day, we found a carrier with enough seats to fly them all.  The amazing part is that the flight was a non-stop and they arrived earlier than the rest of the group due to a long connection time for them in Amsterdam.  THIS IS WHY YOU MUST HAVE AN EXPERIENCED TRAVEL AGENT!

Now here is the other truth.  IF a flight is cancelled by the carrier and they cannot fulfill their contract with you by reprotecting you or endorsing you over, they have to reimburse you in full, even for a non-refundable ticket.  It is in the fine print.  They will offer you a voucher, but you can ask for cold hard cash.

Also, if your bags are delayed or lost the Department of Transportation requires carriers to reimburse you for reasonable expenses (clothing, medicine, toiletries etc.) up to $3800.00. FACT. Save your receipts and turn them in to the carrier. By the way the carrier cannot limit your daily reasonable expenses either.

If your flight is delayed due to anything other than weather or things out of their control as in an act of God, the carriers have to offer you the following:

You can check out the Department of Transportation for more information here:

And seriously for all of your travel needs, reach out to an agent.  Our experience and knowledge is relied upon by groups of all kinds and individuals.  In the long run, we are here to help you have the best experience from the beginning. 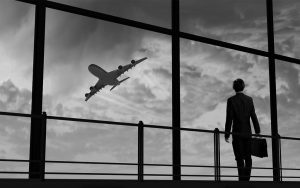