PLEASE NOTE: DUE TO THE COVID-19 OUTBREAK, THE DEADLINE WILL BE EXTENDED AND WILL BE ANNOUNCED AS SOON AS THE DATE IS SET. 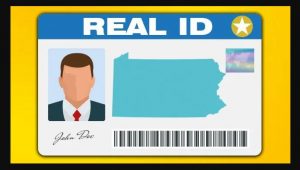 In March of 2016, we wrote a blog about Real ID. (https://groupsource.com/the-real-id-act-and-what-you-need-to-know-about-travel-in-the-age-we-live-in/ )   In that article, 2020 seemed such a long way away, but today as we write this the deadline looms just 7 months away.

After 9/11, the Government felt it important to implement added measures to our safety points in the airports and federal buildings.  It all started with gradual implementation of the REAL ID act implemented by the Department of Homeland Security, when along with the airlines and airports, announcements and advisories were given to the public in varied ways as to inform travelers and non-travelers alike of notices.  The later that same year they made it a bit more permanent with formal releases of information through signage and onsite education of the traveling public.  By 2018 if your state did not include all of the required information for travel, such as a photo and general description of the card holder, they would have to produce a second ID to travel.  It was left up to the states at that time to either comply or get an extension.  Now, with the deadline almost here there is movement of another kind.

As of the end of January only an estimated 16% of the population has acquired the updated identification.  With 2.4 million travelers on a daily basis it is imperative that this issue is handled quickly and efficiently.

There has been a bit of a panic as of late with state motor vehicle agencies and outlets such as county clerks offices reporting long lines and waiting rooms filled to capacity.  Many of these offices are now requiring appointments and e-tickets for the issue of the Real ID.  These offices have other business besides Real ID and this has become an issue as well as there has been stoppage and delays reported.

In an effort to stave off further panic come October 1st, a bipartisan bill has been sent to US House of Representatives to allow anyone with TSA PreCheck to use that as a temporary means to travel.  However not all travelers have or even need PreCheck numbers so the alternative while good is not a great solution but it would give the population until April of 2022 to get into compliance.

One proposal in the bill that has also been introduced is allowing issuing agencies to allow facial images and qualifying documents to be sent electronically for those with existing licenses, much like they do now with renewals.  The only warning and concern is secure transfers with checks along the way to make sure the issue is a correct one.

You are not required to have the Real ID in many states, but you are required to have it for domestic flights and for entrance in most Federal facilities around the country.  Overall, it is just a good idea to go ahead and obtain this ID so you have it available to you at a moment’s notice.  From this point forward all new and renewal IDs and Driver’s Licenses issued will have the Real ID compliance.

To find the best information for your region or state, access county and state websites and read the updated information on Real ID issuance. Most websites are providing a list of issue sites and what you will need to bring to ensure issuance.

With all Real ID applications you will need to provide proof of United States Citizenship or Legal Presence, proof of your Social Security number, and proof of State Residency.   For example, a birth certificate, your social security card and 2 forms of residency.  This may vary state to state so again it is important to check your local area.

So take a big breath, get the information together and go get the Real ID!  October will be here before we know it.