WHEN IN ROME…. THE CHALLENGE OF FOOD WHILE TRAVELLING 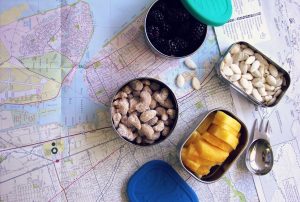 These days when speaking of travel we talk of pandemics and masks, just for a moment, something a bit lighter….

My friend was headed once to China for one part humanitarian and one part adventure trip.  In the course of the conversation they said “I just cannot wait to eat some Chinese food.” I thought for a moment and said, “you know that there it is just food, right?”  They were puzzled for a moment but caught on just about the time another friend, a frequent traveler to the Orient, began to tell her the mysteries of the food there and how it is little to nothing of the food we experience here in the USA.  He frightened her actually with tales of his adventures and I think she opted for finding American comfort foods readily available overseas.

Another instance was of a Group Leader having to explain to his more than willing Spring Break missionaries that when given food on the mission field you eat as not to offend your host.  He lost a good third of his passengers I believe.  I remember those days and how a plate full of lard filled beans in Mexico with a more than day old glazed donut on top was the fare of the day.  You ate it, or you went hungry all the while offending the cook.  It makes for an interesting and compelling adventure.  One thing I have learned over the years of traveling and from stories I have heard from Group Leaders and passengers alike is that preparedness and mindset are everything in these situations.  Many learn how to “eat around things” on the mission field as not to offend and not to starve.  There are ways to bless the host and still be gracious about the food in front of you.

Now not all have been lard filled, or still alive presentations that I have experienced.  Once on the mission field in Acuna’ it was actually this amazing cheese filled chicken dish with just the right amount of spice. We were starved after two days of beans, which likely made it more memorable. Then the little bistro that redeemed my fear of the unknown meal was in Paris. They had a case of bright Macaroons for sampling and small bites of goodness in the form of glazed fruit and nuts with a crème. Then there was the patisserie across from the hotel that made croissants fresh in the middle of the night, filling them with a dark chocolate ribbon of wonder inside its folds. I can smell chocolate now and I am back in that moment. 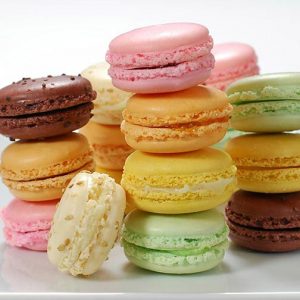 I was in London once at Christmas and had bold dreams of Figgy as well as Yorkshire Pudding, but it was not to be.  The restaurant we were booked at had oversold and a large party would have made the wait hours long.  With rain pouring down and options few, someone recommended an Italian place on Craven Road.  So we walked into a busy Villa Rosa and sat down within minutes.  It was the best of both worlds, authentic Italy in the middle of London, and on Christmas.  The next time was more traditional but I found myself wanting for the Penne Villa Rosa with fancy eggplant and zucchini pieces and the hard bread in the spiced garlic oil.  For the most part an English dinner is much like an American one, only spoken better and served with more pomp. 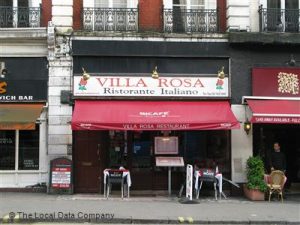 It would be in Edinburgh that I would draw a specific line in the sand. Haggis and Black Pudding were a no for me, but I will say that those around me enjoyed it.  I thought to myself in that moment, would it be as enjoyable if not for Scotland?  The best breakfast though was in Windsor, followed closely by the Parisian experience of course and one in Dublin that was similar to this.  The woman, small framed who looked to be the better side of 70, fixed us a traditional breakfast of tomatoes grilled seeded side down with hard bread and thick cheese with bacon and sausage to the side.  She included a piece of round cake that was sealed in a hard glaze and popped of lemon.  It was in a word, a bit of Heaven. 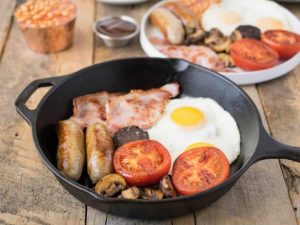 In Kilkenny, Ireland we ate at the home of the town Historian and she moved us in and out of her world in an unexpected fashion.  After showing us around the town, she took us home and sat us down to a platter of food that included smoked turkey, fried potatoes, soft cheese, brown bread and some type of stuffed mushroom called King’s Ransom.  Then Brambrack, this unbelievable holiday cake much like our fruit cake was served with spiced tea and sweet honey.  The host, Mary, cut pieces off and stuffed them in our pockets as we left her home for the train station.  It was one of the best memories of that trip. 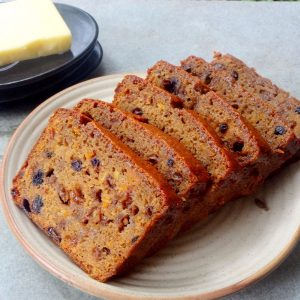 Once again in London we were told of this great eatery in the “basement” of St. Martin’s in the Field Church in Trafalgar Square. It was a small place that served mainly gourmet type sandwiches, wraps and salads and as an upside it benefitted the church.  We found it after an afternoon at the National Gallery and saw the sign “Café In the Crypt” and hesitated for a moment but decided it worth the try.  Upon entering there were engraved stones in the floor covering century old remains and in the walls as well but the tall ceilings in the middle of the room with high arches and columns were the focal.  We were standing in the line waiting for our food order when an elderly woman, most likely the oldest I had ever seen, stormed in the room and past us to the middle.  “All ye shall be accursed for the defamation of the graves beneath ye feet.  Ye are all trespassers, ye are and the Lord will deal swiftly with ye all.”  I paused for a moment and then heard the manager tell her, “we let the dead bury the dead and we eat” as he escorted her outside.  This apparently happened on a daily basis.  I can’t remember what I ate there that day, a wrap of some kind, but I can tell you to this day what she looked and sounded like. 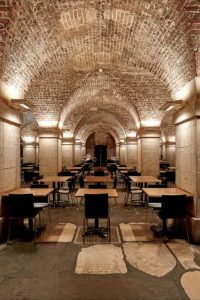 One of the favorite things about travelling to me is always the unexpected whether in experience, people or food.  We loved going by the local market every night and grabbing grapes the size of ping pong balls that tasted of grape bubble gum, and tiny oranges from Spain.  The man who owned the market was from India and he told me a joke every night.  His name was Scotty but on the final night of our time there he told his real name was Sujal. He said it means pure water.  He is someone I will never forget. It made the grapes and the oranges that much sweeter and the memories of London fuller.

Someday, when all is right again with the world, we will travel and all will be well. We will make more memories and eat well and enjoy our adventures.  We will send missionaries and humanitarian workers out into the world like nothing stood in our way.  We will meet the Sujal’s of the world and learn the purity of human interaction.  Once again, all will be well.  I am counting on it and encourage you to count on it as well.